This Memorial Day week-end, I am thinking of all the brave men and women who served in the military, especially those from Lubec, Maine.

This beautiful memorial honors hundreds of men and women for their wartime service. Lubec, Maine is a small seaside town at the easternmost point in the contiguous United States. In 2010, its population was 1359 residents. Despite its size, many sons and daughters of Lubec fought for their country in the Revolutionary War, the Civil War, World War I, World War II, the Korean War, and the Vietnam War. The memorial also honors those who served their country in Peacetime.

Standing in front of the Memorial, gazing at all the names, I am in awe of the patriotic, brave men and women of Lubec. 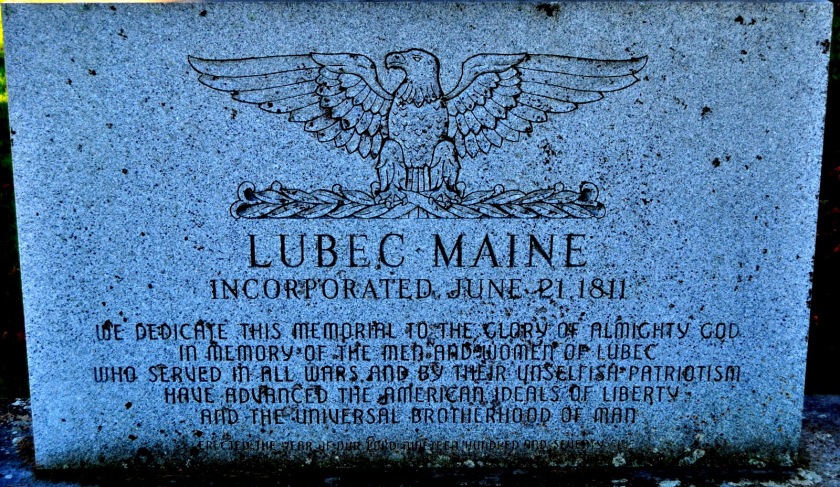 The names of my father, James E. Rier, and three of his brothers, Julian V. (Barney), Paul J. and Francis E. (Babe), are inscribed in black granite for their service in World War II.

This memorial is situated in a lovely park, the grounds…