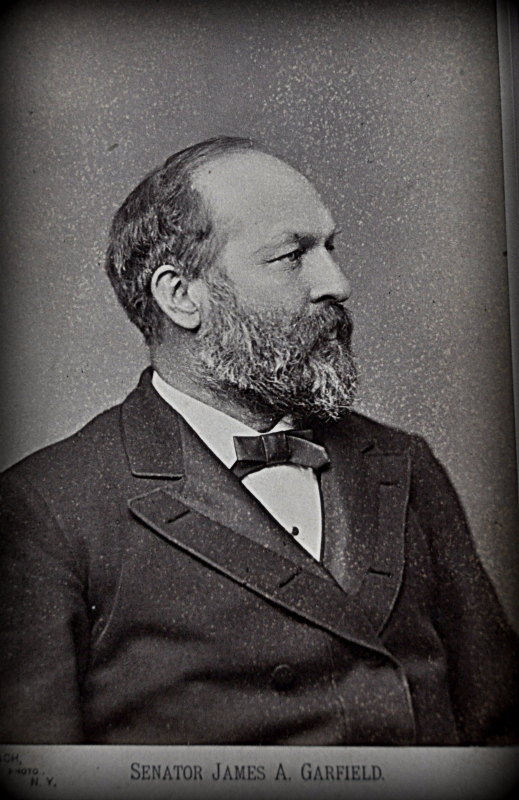 I begin to peruse the third old photo album found in my great grandmother’s home where I grew up. I turn the page and find the first photograph is of Senator James Garfield taken by the G.W. Pach studio in NYC. 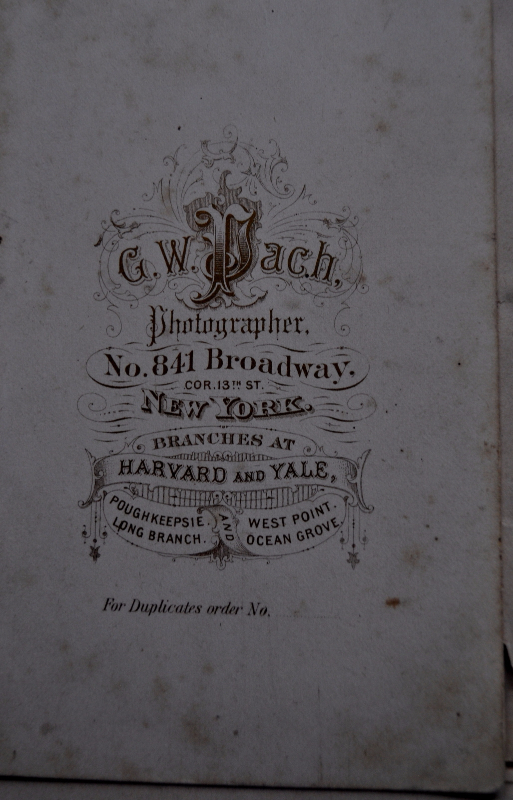 Perhaps the James Garfield photo will give me a clue to the time period of this album?

According to the NY historical society, Gustavus Pach’s studio was located at 841 Broadway from 1877 to 1881. Between 1881 and 1890, the studio was listed under the Pach Brothers at this location. From the 1870s, the Pach brothers operated studios at Harvard, Yale, West Point, and Long Branch NJ also noted on the back of the photo.

From the 1870s, the Pach Brothers made portraits of elite families including George W Childs, Anthony Drexil and their close friend Ulysses S. Grant. Impressed with the brothers’ photographic work, Grant, Childs, and Drexel pooled funds to underwrite the Pach brothers’ first photographic studio built at Long Branch on the grounds of the United States Hotel, as well as their mobile horse-drawn darkroom. Long Branch was a shore town that was a favorite resort for wealthy Philadelphians such as Childs and Drexel.

I learn that the Pach brothers were photographers for elite families and Ulysses S Grant. It makes sense they also photographed James Garfield.

The Pach photography studio was at this NY location from the 1870s when Garfield was not a Senator.  Another mystery.

Why did Garfield hold such a special place in this photo album? My ancestors were Maine Republicans. My great great grandfather Otis Means was a member of the Maine Legislature in the 1860s/1870s era.

I search for a connection between Garfield and Maine and find that his secretary of State was Maine’s own James G Blaine. Garfield and Blaine had both served in the US House of Representatives between 1863 and 1876, both had fought government corruption and opposed the powerful“stalwarts” faction that sought control of the Republican party.

Blaine stood by Garfield’s side when the assassin’s bullet struck.

I can only guess when this was inserted into the album, but perhaps it was in response Garfield’s horrific assassination with Blaine by his side in 1881.

This image may depict Garfield, his assassin, and Blaine. The man on the far left resembles Blaine. 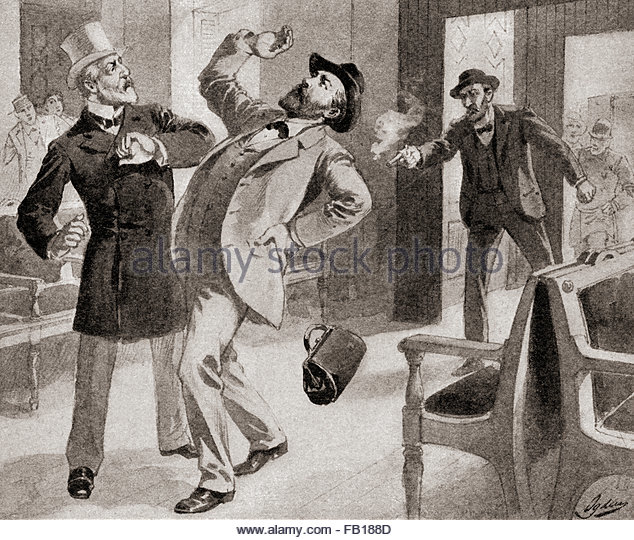 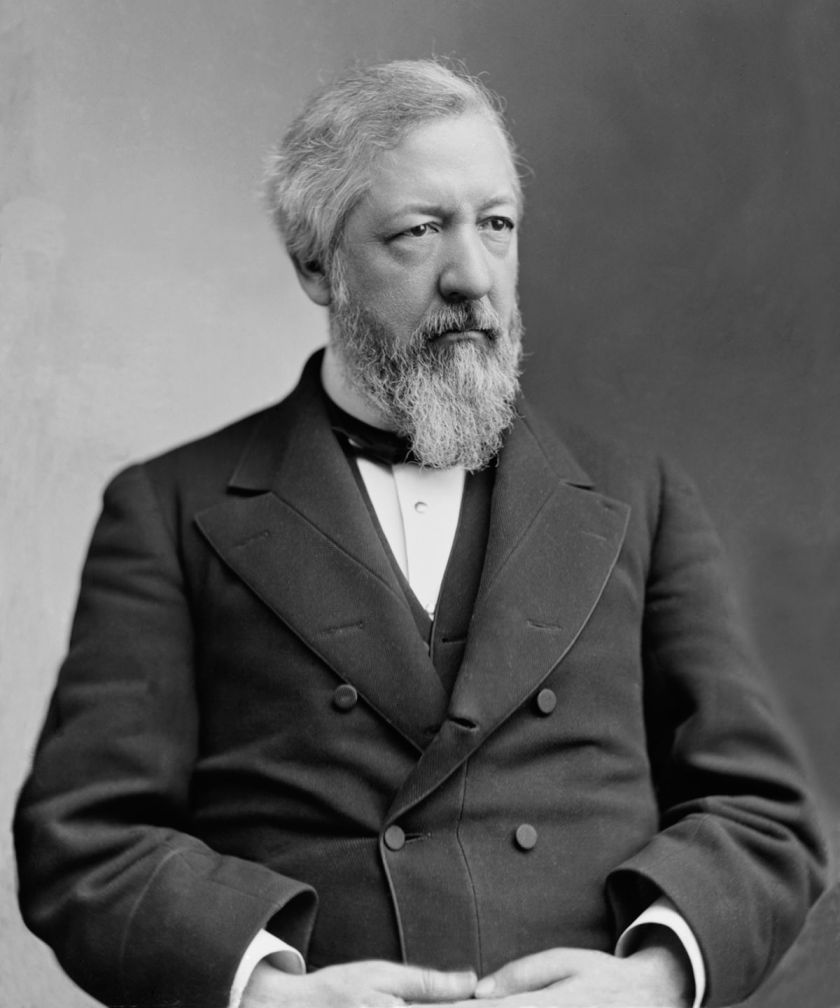 Last year, I watched an excellent PBS documentary on James Garfield. You can watch it here.

More on this photo album in an upcoming post! 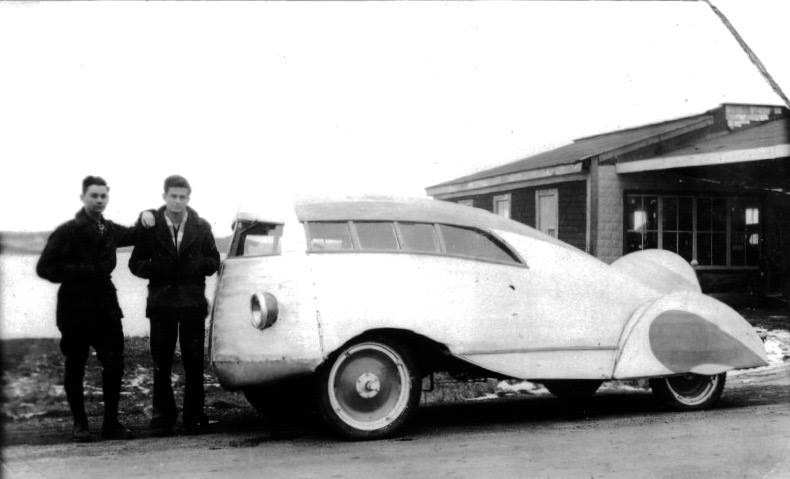 Lubec, Maine, the most easterly town in the US.

Dad liked to build (and fix) anything. When he was 20 years old, he and his best friend Bud McCaslin built a futuristic car in his father’s garage. Dad (R) and Bud (L) posed for a photo beside the car, the garage and Johnson Bay in the background.

How cool is that? 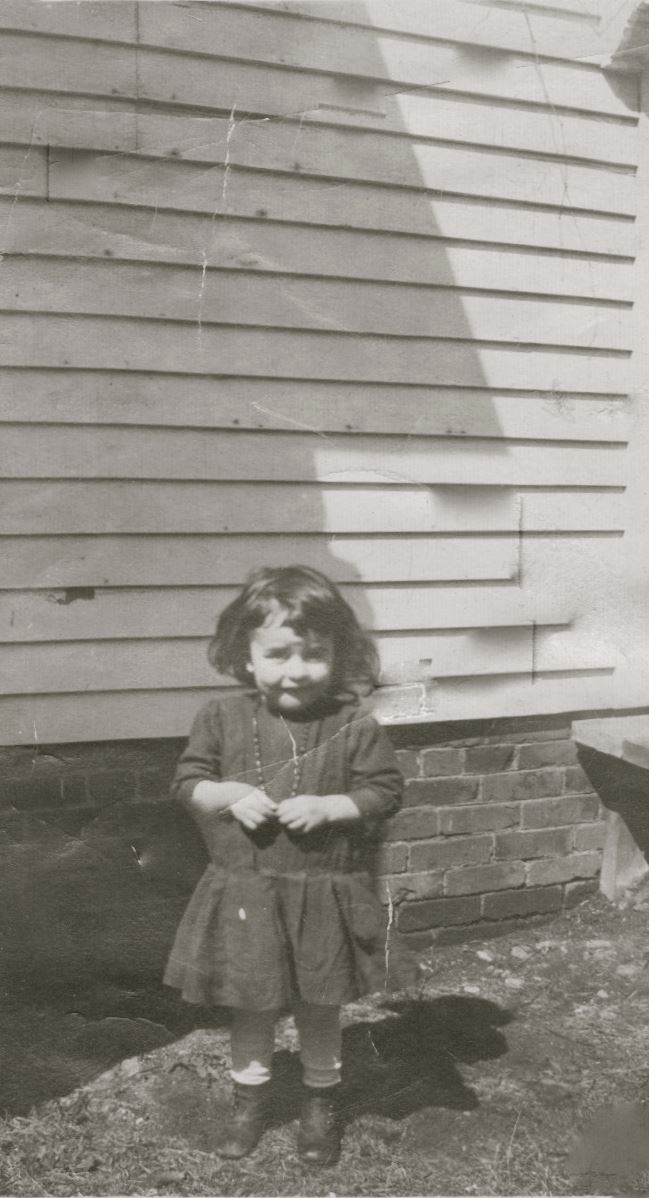 The Early Years: 1914 – 1942 Dad was born September 9th, 1914 in Lubec, Maine, the second child and first son of Frank and Elizabeth Keegan Rier. He had an elder sister Marion. As the years went by, Dad had four brothers: Francis (“Babe”), Julian (“Barney”), Paul, Raymond and three more sisters: Evelyn, Patrica and […]

via My Dad James Eugene Rier — Voices of Ancestors 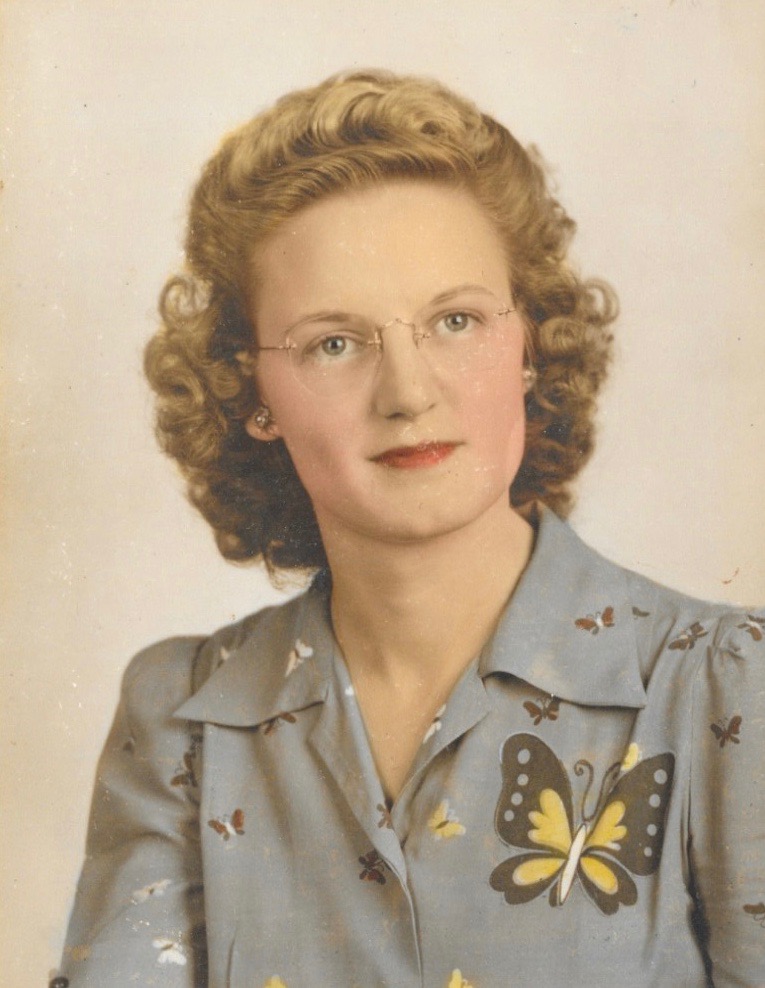 Machias and Roque Bluffs, Maine. 1936 to 1942. What did girls do? Well, pose on a cool car. Hang out around their homes. Swing. What else? Hang out at the Cemetery, of course. Does anyone know Mom’s friend, dubbed “Tombstone Annie”? No one grows up in Machias without spending summer days at Roque Bluffs. You […]

via Mom Hanging Out with Friends — Voices of Ancestors

This is the most popular post on this blog in the past six months. Originally posted February 6th, the day 665 hits came in! Thank you Mom!