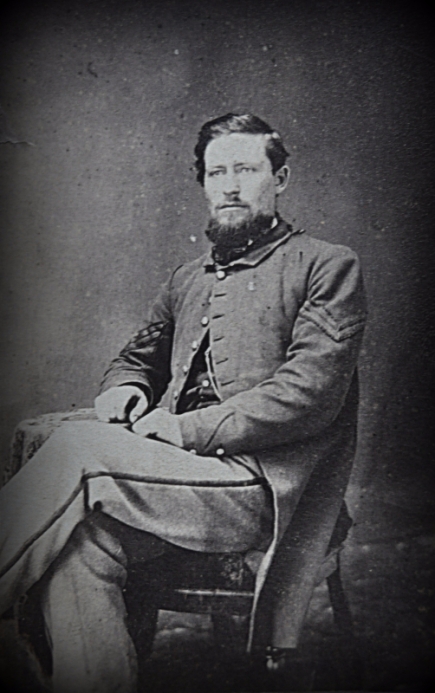 Can anyone identify the Maine regiment by the uniforms? Civil War or later?

These men are unidentified as yet but are likely in the Getchell or Berry families.

Their photographs were in one of the old, old albums left in the attic of my great grandparents home. The photos were taken at the studio of Keith & Ross Photographers, Machias, Maine. I can find no information on this studio and the dates it was located in Machias.

Update: Westbrook Berry was a Civil War soldier from Machias. He volunteered for Co. C sixth Maine regiment in 1861 and was discharged for disability in 1863. Note the name is mis-spelled “Barry” in the 1890 survey of surviving soldiers and their widows below. This Westbrook Berry would be a descendant of Westbrook Berry, one of the “original 16” settlers of Machias. I am also one of his descendants through my great great grandmother Elsie Fuller Berry Means.

I am not sure if the soldiers pictured above are Civil War soldiers or not, or if one of the men is Westbrook. But, Westbrook Berry served in a valiant regiment, the 6th Maine’s “screaming demons” that hurdled the stone wall at Fredericksburg in 1863, where he may have been disabled. What a proud history of soldiers from Machias! 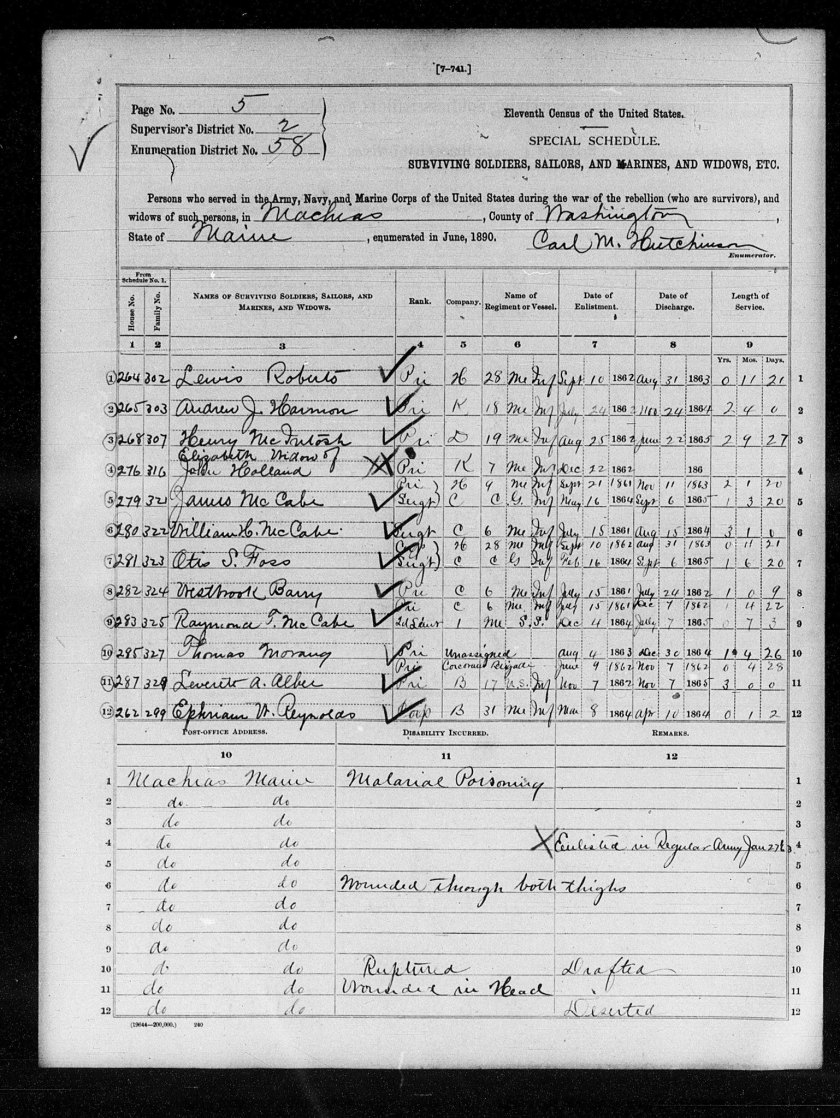 2 thoughts on “Maine Soldiers in the Getchell/Berry/Means Families”