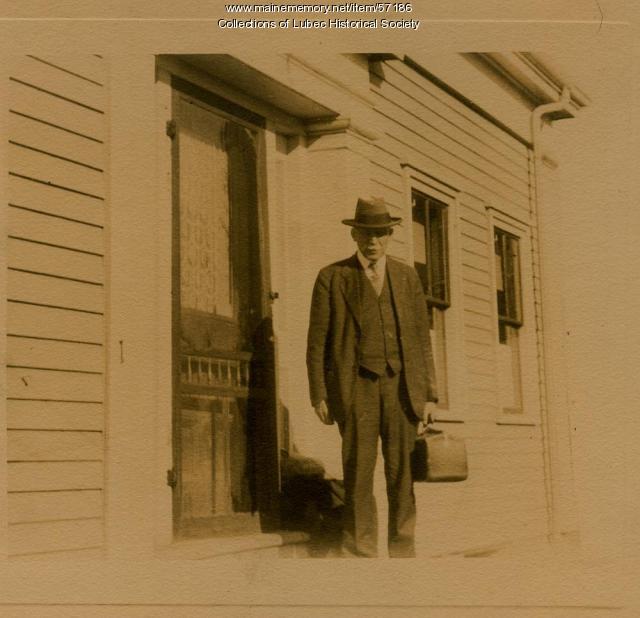 by Eleanor Roosevelt (who spells his name Bennett). Dr. Bennet began practicing medicine in Lubec and surrounding villages in 1876. He died in 1944 at the age of 96 when the First Lady wrote this tribute in her syndicated newspaper column “My Day.”

I was surprised to find that Dr. E. H. Bennet delivered my grandmother, Elizabeth Keegan Rier, in 1892!

5 thoughts on “A Tribute to Dr. Eben H. Bennet of Lubec, Maine”