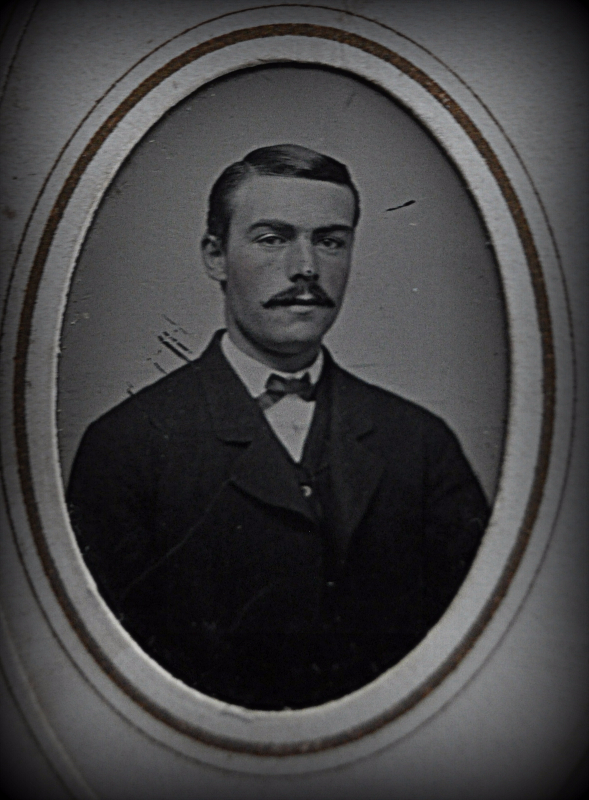 I recently looked again at the tintype photographs, seeing more information about dating them at phototree.com. The photo above is of J. Frank Robinson, Boston Mass. and dated October 31st, 1866. The studio was Richardson’s Ferrotype, Ambrotype and Photograph Rooms, 120 Hanover Street, Boston. 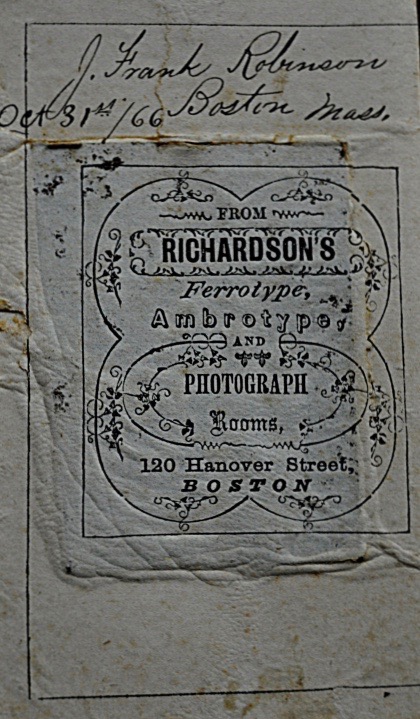 Beside this photo in the album is another of a man taken at the same studio, but there is no name on the back. 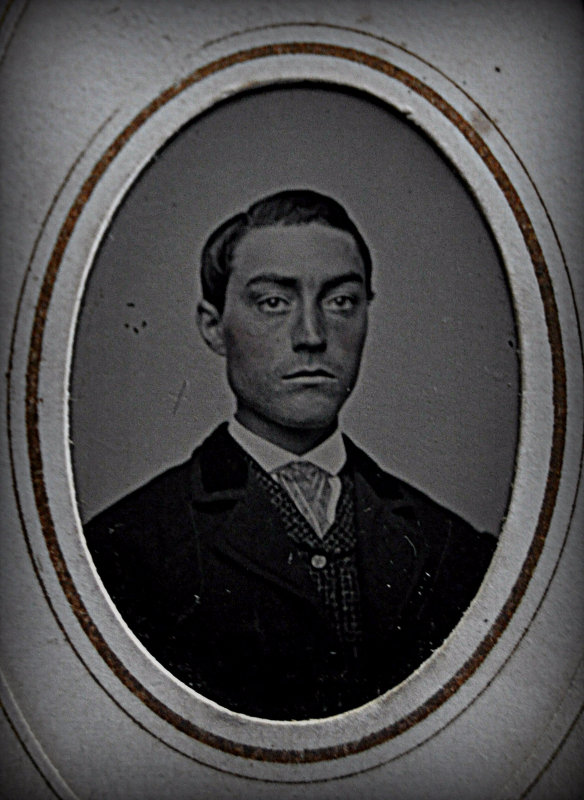 In this old, old photo album of my ancestors, there are more tintype photographs of the same era, a woman in braids in Sioux City, Iowa and two children with no studio stamp on the back. The embossed window frames on the children’s photographs indicate that they are circa 1869s, early 1870s.

The woman appears to be of native American heritage. I do not know who she is, whether she an ancestor, friend or relative, nor do I know the identity of the children. I do know that my ancestors in the Getchell/Means/Berry families migrated from Maine to Boston, California and many other states across the country.

Perhaps it is time for me to have my DNA analyzed for an ethnicity profile? 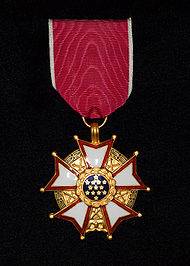 a military award of the United States Armed Forces that is given for exceptionally meritorious conduct in the performance of outstanding services and achievements.

Today I found the citation letter sent to him and a badly damaged newspaper article reporting his Legion of Merit award.

“James E. Rier of Machias who was awarded the Legion of Merit at the request of Gen. Carl A. Spaatz, Army Air Chief for ‘outstanding accomplishment which contributed to flying safety.’ Rier, a former captain in the Air Force, earned the citation while serving…” 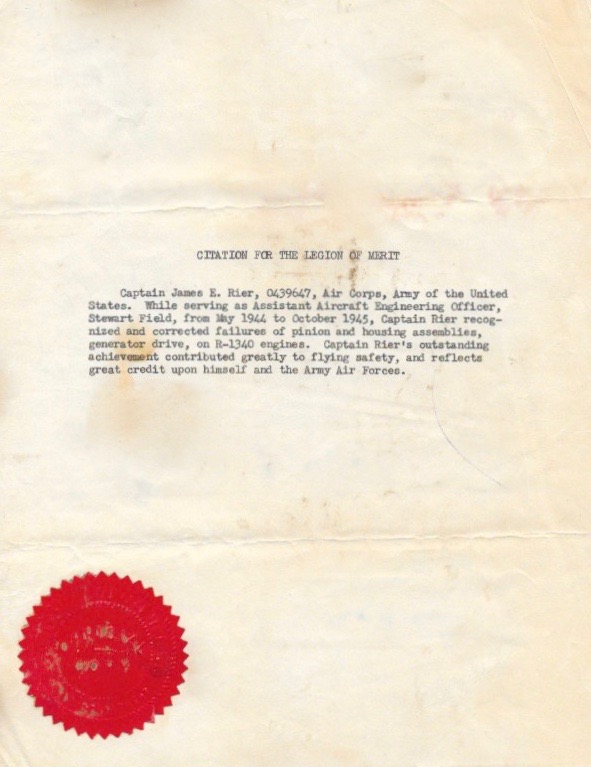 Pratt & Whitney’s first engine R-1340 was called the Wasp. It was completed on Christmas Eve 1925. Soon, it dominated Navy and Army Air Force fighter planes. According to the Pratt Whitney website, “in the 1930s, it made its mark on early commercial aviation. Charles Lindbergh shattered the transcontinental speed record in 1930 with his Wasp-powered Lockheed Sirius. Jimmy Doolittle relied on his Wasp to take his Gee Bee aircraft to new speeds. And, Amelia Earhart made history with her Wasp-powered Lockheed Electra 10E.” The R-1340 engine was produced until 1960 with over 35,000 engines sold. 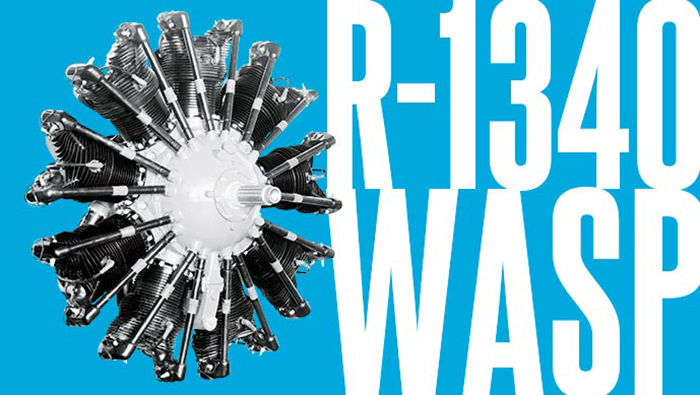 When I was growing up, once in awhile, Dad would take the medal out of the old secretary, open the velvet-lined case, and tell the story. During WWII, airplane engines were failing due to a design flaw resulting in downed planes and death of pilots. At the time, Dad was serving as Assistant Aircraft Engineering Officer at West Point, Stewart Field Air Force Base, in Newburgh, NY. He recognized the engine flaw and figured out the mathematical formulas to fix the design. A certain part of the engine was at an improper angle that resulted in engine failure in some planes under certain flying conditions. He said it was all about the math and inventing the right formulas to correct it.

There was another story Dad told about fixing the engine design. It happened before he was awarded the Legion of Merit. An Army General visited Stewart Field and held a meeting to determine who was responsible for fixing the engines. One of Dad’s superior officers tried to take credit for it. Dad found out in the meeting. He said it was the closest he ever came to throwing a man out a second floor window, but restrained himself. (Now Dad could have a temper at times but I never saw him violent with anyone, little less ignore military protocols, so this was a surprise to his young daughter.) When Dad voiced his strong objection as the man attempted to take credit, the General questioned this man and asked him to explain the formulas. He could not. He didn’t know anything about it. The General then asked Dad the same questions. Dad had memorized the formulas and explained how the change in design had fixed the problem.

I can find no information online about a problem with Pratt and Whitney engines in World War II planes but expect that information was not made public.

I’m horribly glad that Dad decided not to throw that guy out through the window. And, I’m gratefully proud of him for serving his country, for making Pratt and Whitney engines safer, proud of the man who grew up in Lubec, graduated from High School there in 1934, then built a successful business nearby in Machias, Maine.

This photo of a three star General (far left), Dad (third from left), and a man on the right, who may be an engineer from Pratt and Whitney, inspecting a plane at West Point. 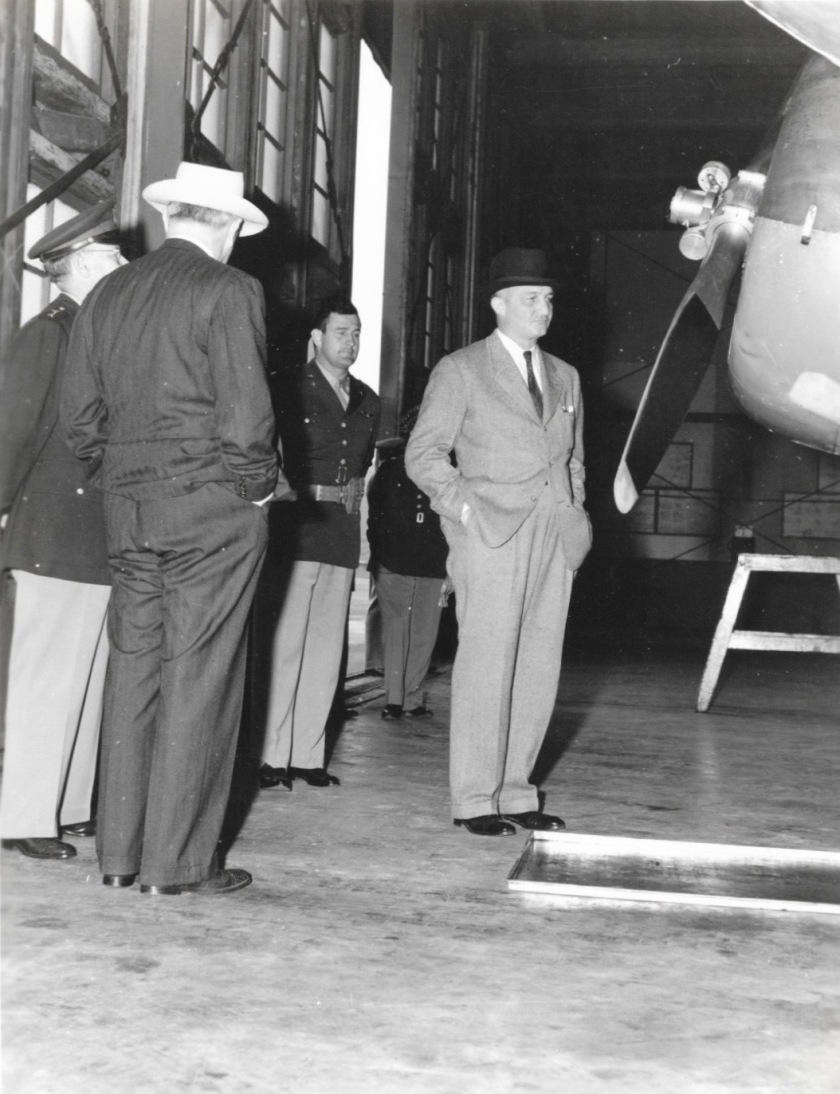