and Jabez Pike. Lubec, Maine is rich in history. After the Revolutionary War, the location of this village on the sea, close to Canada and the Maritime provinces, offered a key location for smuggling goods that escaped American and Canadian/British customs officials. It was a land, a sea, and a people set apart from the inland regions of both countries. The residents worked the land, the seas, and all the valuable resources offered, as a means to survive and prosper. The artificially drawn lines of two separate countries and their taxes on imports and exports made no difference to these hearty people. This is story of Jabez Pike as written by his grandson Sumner Pike. It is an excerpt from the book 200 Hundred Years of Lubec History, 1776 – 1976 by Ryerson and Johnson, published by the Lubec Historical Society. It can be found at the Lubec Memorial Library. 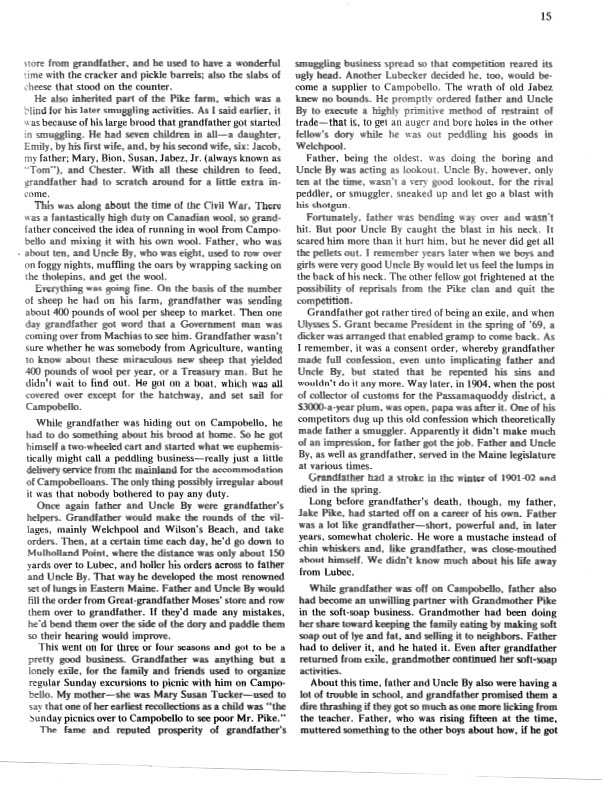 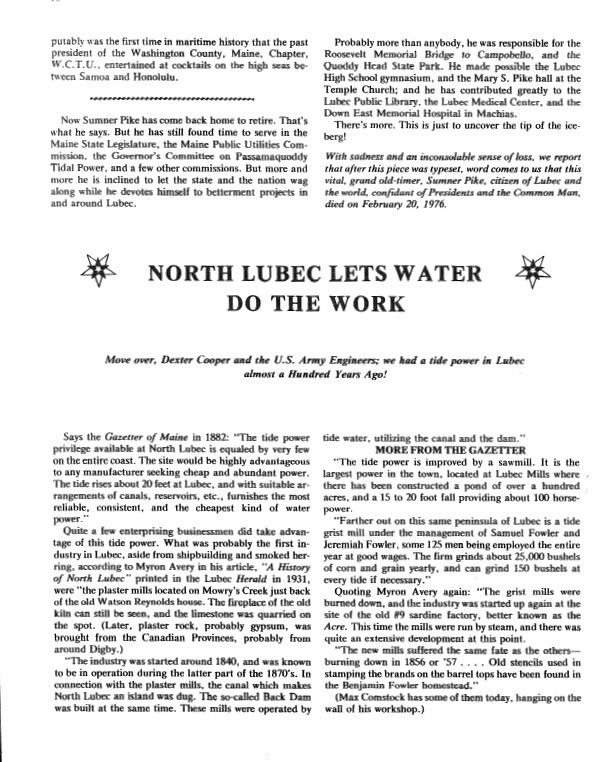 To read more about smuggling off the coast of Maine and the Canadian Maritimes:

Borderland Smuggling: Patriots, Loyalists, and Illicit Trade in the Northeast, 1783-1820.