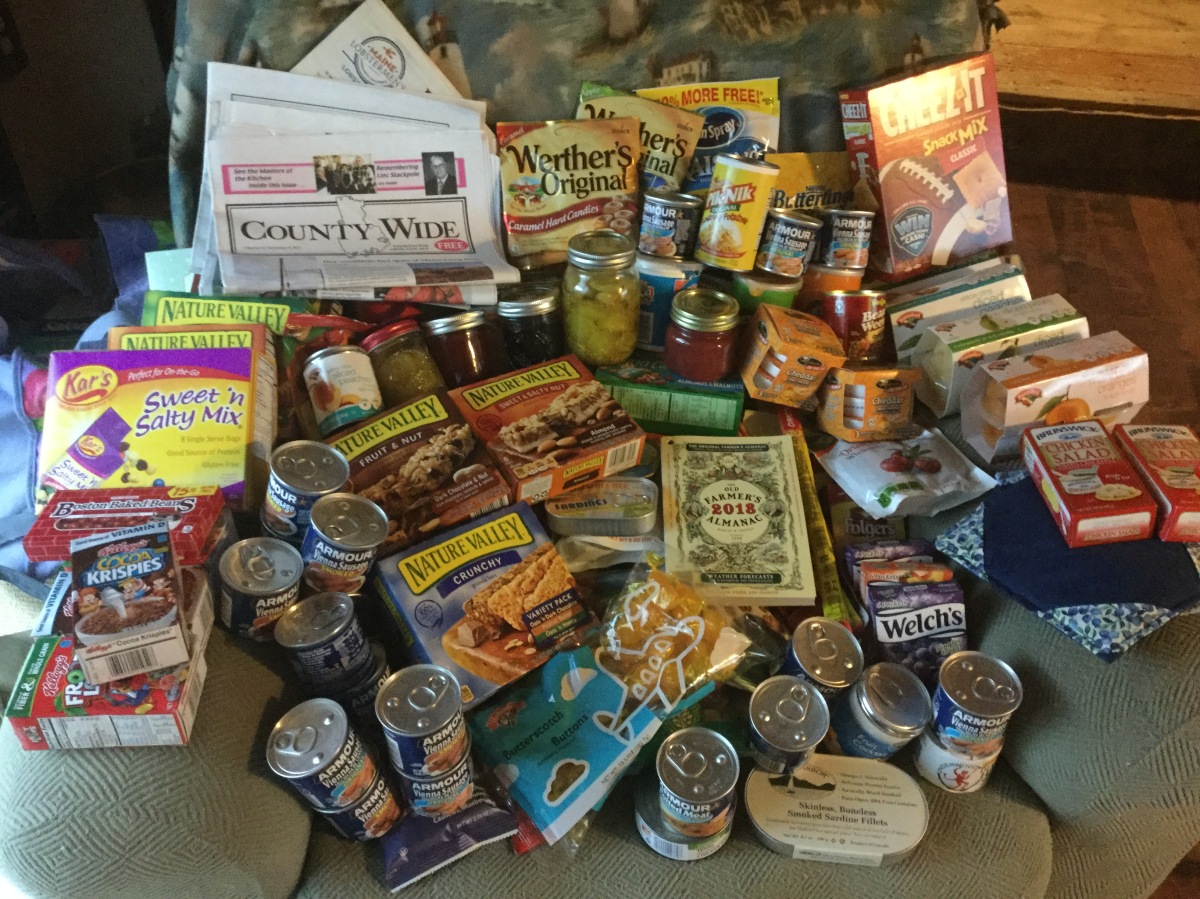 in Machias, Maine assembled packages to send to our Active Duty Servicemen and Servicewomen. Members donated items that will brighten the holidays for many who will not be able to be home with their families as they serve their country.

Members of the Daughters of the American Revolution come from a variety of backgrounds and interests, but all share a common bond of having an ancestor who helped contribute to securing the independence of the United States of America. Daughters are passionate about community service, preserving history, educating children, as well as honoring and supporting those who serve our nation.

The Hannah Weston Chapter of the DAR is also gathering Christmas and Valentine treats from members for the residents of the Machias Veterans Home.

Thank you to all the men and women who are currently serving our country and to all veterans who served in the past. We are grateful!

Many, many thanks to Holly, chair of the DAR Project Patriots Committee, for assembling and mailing these packages. Your hard work is much appreciated!

I am a proud member of the Daughters of the American Revolution (DAR).

My mother, Louise (Johnson) Rier, was a member. I joined in 2012. Last year, my daughter, Monica Snowdeal Stone, became a member. It’s important to pass down our history for generations to come. Our qualifying ancestor to join the DAR was Joseph Getchell Jr.

The DAR is a women’s service organization dedicated to promoting historic preservation, education, patriotism and honoring the patriots of the Revolutionary War. DAR members come from a variety of backgrounds and interests, but all share a common bond of having an ancestor who helped contribute to securing the independence of the United States of America. Any woman 18 years or older, regardless of race, religion or ethnic background, who can prove lineal descent from a patriot of the American Revolution is eligible to join.

The Hannah Weston Chapter of the DAR is located in Machias, Maine. Established in a rural Downeast community, this chapter has over 90 members, second in size only to the chapter in the largest city of the state, Portland. Hannah Watts Weston was a remarkable 17-year old heroine of the first battle of the American Revolution who walked through the woods for 16 miles carrying 40 pounds of household pewter to be melted down for ammunition.

Anyone who grew up in Machias knows that their home town was the site of the first naval battle of the American Revolution that took place June 11 and 12th, 1775.

Joseph Getchell Sr. and his wife immigrated to the British colony of Massachusetts from Hull, England and settled in Scarboro in 1749 (then a part of MA, later the state of Maine). They had three children: Benjamin, Mary, and Joseph Jr, born in April 1757. Joseph Sr. and his family came to Machias in 1869 or 70. In 1776, Joseph Getchell Jr. married Sally Berry. They had eleven children: Westbrook, Abagail, Betsey, John, Marshall, Benjamin, Mary, Simeon, Jane, G. Washington, and George Stillman.

Joseph Getchell Jr. fought the British in the rebellion for independence of the American colonies to prevent the British from taking their primary resources: timber for ships and their hard-earned money, taxation without representation. Once British demands were made, the residents of Downeast Maine not only refused to comply by providing timber or paying their taxes, they erected a “liberty pole” in the town square. And then, they set out to seize British ships that entered their harbor.

A group of townsmen met to decide on their plan of action. Once agreed upon at the Rubicon, the brook they jumped across to seal their pact, these men collectively captured the British ship Margaretta and hid her upriver. Among the first men who jumped on board the Margaretta in the assault was my ancestor, 18 year old Joseph Getchell Jr. The captured British ship captain died. His blood remains in the Burnham Tavern where they took him after their assault. The Burnham Tavern is now a museum under the care of the Daughters of the American Revolution, a reminder to future generations never to yield to tyranny.

The Burnham Tavern, beautifully preserved, as it is today. 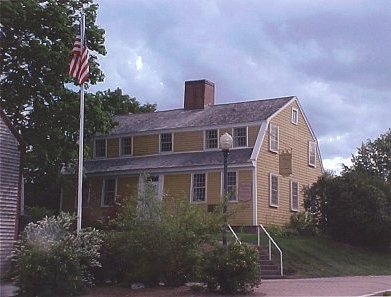 This summer, the Tavern will be open from 10:00 AM until 3:00 PM, Monday through Friday, beginning on Tuesday, July 5th and continuing through Friday, September 2nd.  In addition, it may be possible to arrange visits at other times if a docent is available.  Please call 207-733-4577 or e-mail <info@burnhamtavern.com> for further information.

Daughters of the American Revolution (DAR) Partnership Agreement With the US National Archives.